Privacy Policy The Kurds Could Write a New Chapter of Their Path Towards Self-Determination, On Condition They Settle Outstanding Issues - theSquare Centre

The Kurds Could Write a New Chapter of Their Path Towards Self-Determination, On Condition They Settle Outstanding Issues 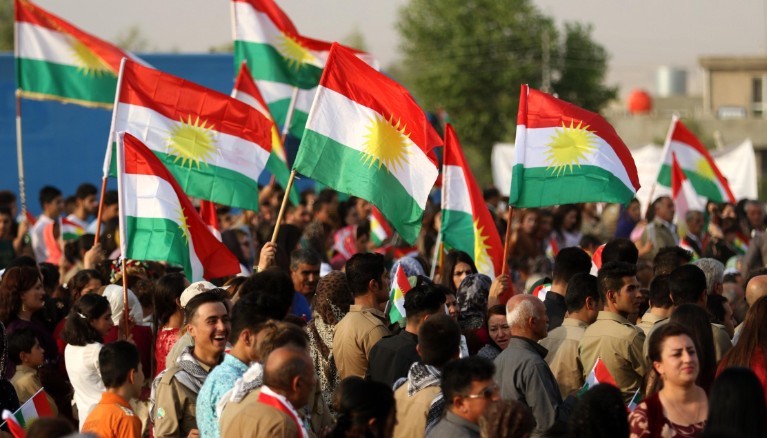 The Kurds Could Write a New Chapter of Their Path Towards Self-Determination, On Condition They Settle Outstanding Issues

The struggle of Kurdish people for self-determination is century-old. It is rooted in the mismanagement of the decolonization process in the Middle East begun with the 1916 Sykes-Picot agreement, which dismantled the ancient Ottoman Empire in zones of influence and delineated the borders of the modern Middle East.

After living for centuries in a unitary statehood, the Kurdish population was forcefully split and obliged to live as minorities under different regimes. For more than a century, the Kurds have been fighting for gaining their own independence and, on several occasions, they had to suffer massive persecution campaigns. In recent years, their efforts have brought some results, firstly obtaining a status of autonomy in Northern Iraq, and later international recognition for their active participation in the war against the Islamic State. In the light of the last events, the Kurds might have the chance to carry on with their mission, provided that they undertake to address outstanding issues.

The Kurdish have been one of the parties most involved in the Syrian civil war and in the fight against Daesh. Especially the role of Kurdish forces against the latter has raised their international profile. At present, the battle is almost over, as well as the Syrian civil war, and after tough years of war, the Kurdish people feel entitled to reclaim something. Within a few years, from enemies of the Assad regime, they have become an unexpected ally for the liberation of Syria from the control of Isis. But the Kurds have taken part in the Syrian war with their own target: the creation of Rojava, i.e. the union of the predominantly Kurdish Syrian regions in a unique confederation independent from Damascus. Although this de factoregion is not recognized by the regime, the Kurds control over 30% of the Syrian territory, and Assad must determine the future course of action in view of these events.

The United States has been the main ally of the Kurds in the offensive against the jihadists, but Trump’s decision to withdraw the American troops is leaving a power vacuum and, indeed, it has already affected the balance of power, pushing the Kurds closer to Assad in order to face a joint adversary: Turkey.

The Kurds and the Syrian regime have already demonstrated their willingness to cooperate, when in the first days of 2019 the Kurds withdrew from Manjbi, a city in North of Syria, under their control since 2016 and before that a stronghold of Isis. On this occasion, the Kurds asked President Assad to ensure the safety of Manjbi and he sent the army to take possession of the city. The Kurds fear the effects of a Turkish offensive from the North, as it happened last spring when the Turkish troops took over the city of Afrin.

Since the US soldiers are about to withdraw from the field, the Syrian Kurds are trying to get closer to Damascus, hoping that it would also mean gaining support from Russia and Iran.

Unfortunately, it is unlikely that Iran would unconditionally accept to endorse the Kurdish status in Syria. The Kurdish quest for independence directly affects Iran as well, considering that more than 8 million Kurds live in Iran. If the US and the rest of the Western countries see Syria and Iraq as different issues and battlefields, Iran and Turkey, instead, look at the problems as interconnected. Viewing the Kurds as a single entity, both Turkey and Iran consider it in their best national interest to deny Kurdish autonomy. The Syrian Kurds must decide who will best protect their interest, and currently, the West is still the best option for long-term solutions.

So far the Syrian Kurds have mainly used military means to achieve their aims. But the solution to their quest cannot be only military. While military force must be used for protection, it is only through political action that a long-term resolution will be found.

Nevertheless, behind the difficulties of Kurdish people to carry out their mission are not only the hostility of the regional powers or the lack of collective support from the West; along with these obstacles, there is also a primary one, wholly internal: the Kurd’s disunity.

Despite the quest for independence is intrinsic to Kurdish identity, not all Kurds envision a unified Kurdistan that would span the territories inhabited by Kurds of Syria, Iraq, Turkey, and Iran. Most Kurdish movements are focused on the issues and the autonomy or independence of Kurds in their specific countries. Within each country, there are also Kurds who have integrated, and whose aspirations may be limited to greater cultural freedoms and political recognition.

Kurds throughout the region have pursued their goals by means of multiple groups. While some Kurds established legitimate political organizations in efforts to promote Kurdish rights and freedom, others used warlike methods. Some, like the Turkish PKK, employed guerrilla tactics as well as terror attacks on civilians, including fellow Kurds.

The multitude of Kurdish political parties and groups reflects the internal divisions among Kurds, which often follow tribal, linguistic, and national rivalries. In the mid-1990s, tensions between the two dominant Iraqi Kurdish political parties, the Kurdistan Democratic Party (KDP) and Patriotic Union of Kurdistan (PUK), escalated to a civil war that killed more than two thousand Kurds. Today, disagreement over the prospects for Kurdish autonomy in Syria or Iraqi Kurds’ relations with the Turkish government increases tensions that have pitted the Iraqi KDP and its Syrian sister organization, the KDP-S, against the PKK and its Syrian offshoot, the PYD. In spite of this, the threat posed by the Islamic State has led KDP-affiliated peshmerga to fight alongside Syrian PYD forces.

The presence of common enemies often leads two opponents to converge on a coordinated action, but the basis of the future determination will not be found in a temporary necessity. The Kurds must find the strength to settle their inner divergence and to stand together on the international political scene. Thanks to their contribution to the fight against terrorism and the positions acquired during the years of war, if they will be able to rely on a shared vision of the future, the Kurdish people have the chance to write a new chapter of their century-old path towards self-determination.