The Mahdi of Sudan — Part 1 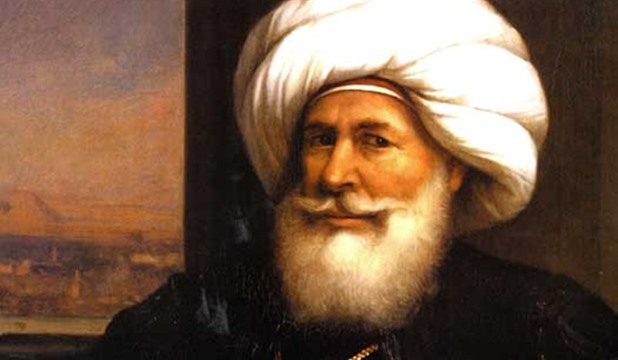 The Mahdi of Sudan — Part 1

In the first half of the XIX century, Egypt started a process of territorial expansionism and growing political influence in the Levant. Under the rule of the new wali(governor) Muhammad ‘Ali, an Ottoman pashaof Albanian ancestry, the Egyptian administration was reorganized on the basis of some contemporary European standards.

In the view of Muhammad ‘Ali, Egypt was to be the new military power in the area, shifting the center of gravity from Istanbul to Cairo. A little industry was created and the army underwent extensive reforms at the expense of the fellahin, the Egyptian peasant farmers who were taxed to no end and subjected to mass conscription. The old tactics were dismissed, a brand new military academy was established and foreign European experts were hired to train the Egyptian countrymen.

Thanks to these measures, Muhammad ‘Ali built a modern and well-disciplined military machine which used to enlarge the country’s borders so far north to Syria and south to Sudan. One victory after another, his armies eventually invaded Anatolia, conquering Konia and coming in sight of the Bosporus. The sultan was rescued only by the intervention of France and Britain – the major world powers of the time – which would rather prefer the weak and manageable Ottoman Empire ‘ruling’ the Near East than the rising Egyptian sun at the head of the Arab world.

Egypt was forced to reduce its ambitions. In exchange for the retirement of his troops from the conquered Ottoman provinces, the sultan granted Muhammad and his successors the hereditary governorship of Egypt; only the Sudan, the ‘Land of the Blacks’, was left to Egypt.

Muhammad’s successors gave up his imperial dreams, but continued to boost for the country’s modernization. They proved too xenophile though, and their efforts eventually brought Egypt on the verge of bankruptcy. A vast program of public works like the financing of the Suez Canal under Sa’id pasha (1854-1863) and the exorbitant court expenses made by Isma’il (1863-1869) completely drained the state finances. The country became hostage of its European creditors, particularly France and Britain, which started to infiltrate their men in the ranks of the Egyptian administration.[1]

Strict between the pressing influence of their European masters and the growing discontent of the fellahin, who bore the full weight of the taxation without benefits, the Egyptian monarchs were just a step away from losing the throne. Under this circumstances, it is not surprising that they tried with all forces to keep control of their only remaining conquest: the Sudan. That million square miles of African desert housed many important stations for the ivory trade and shrouded – some believed – legendary gold deposits from the times of Pharaohs. In simple words, the Sudan was thought to be Egypt’s golden goose and its new rulers’ last hope to keep themselves balanced on the throne.

There were some downsides, though. The Sudan was not a nation, nor a homogeneous country. Its ruling tribes, like the Baggara and the Ja’alin, were a mixture of native Nubians and ancient Arab immigrants who settled in the north and west of the country in Medieval times. These tribal clans deeply resented the Egyptian rule and had already ventured in some rebellions, all times brutally suppressed by the government. The southern region, known as ‘Equatoria’ to Europeans, was inhabited by Black farmers and cattle herders living under the constant threat of the Arab-Sudanese slavers. The slave trade was actually the main business in Sudan, the one on which local elites built their fortunes. Slavery was so much part of everyday life in the country that a British envoy in the 1870s once reported 2/3 of Khartoum’s population was made of slaves.[2]

In the late XIX century, however, the Second Industrial Revolution had made this practice out of fashion among the Western powers and Egypt, which had every reason to stay on their good side, had to start adapting. The result was that a group of European adventurers and mercenaries was sent in Sudan too, in order to help the Egyptian officers keeping the locals under control and possibly abolish the slave trade. This was too much for the Sudanese. The half-Arab ruling class was divided between various sultans and emirs often in rivalry with each other, but traditions were the same and their profits depended on the slave market. Now Christians had come wanting them to give up their lucrative business. It was intolerable. From 1876 to 1879, they rose in revolt and fought against the Governor-General of the Sudan, the famous British Gordon.[3]Many battles occurred before the head of the rebellion was captured and Gordon had him executed, but lastly the Sudan was said to be freed from slavery.

After Gordon’s departure, things remained quiet for a few years in Sudan. It was not until 1885 that the restless African province came back on the scene. Apparently, this time was not for economic reasons, but for religious ones.

[2]Eve M. Troutt Powel, Tell This in My Memory: Stories of Enslavement from Egypt, Sudan and the Ottoman Empire(Stanford, California 2012), p. 83.