Spain General Elections: Between the Catalan Crisis and the Rise of Vox 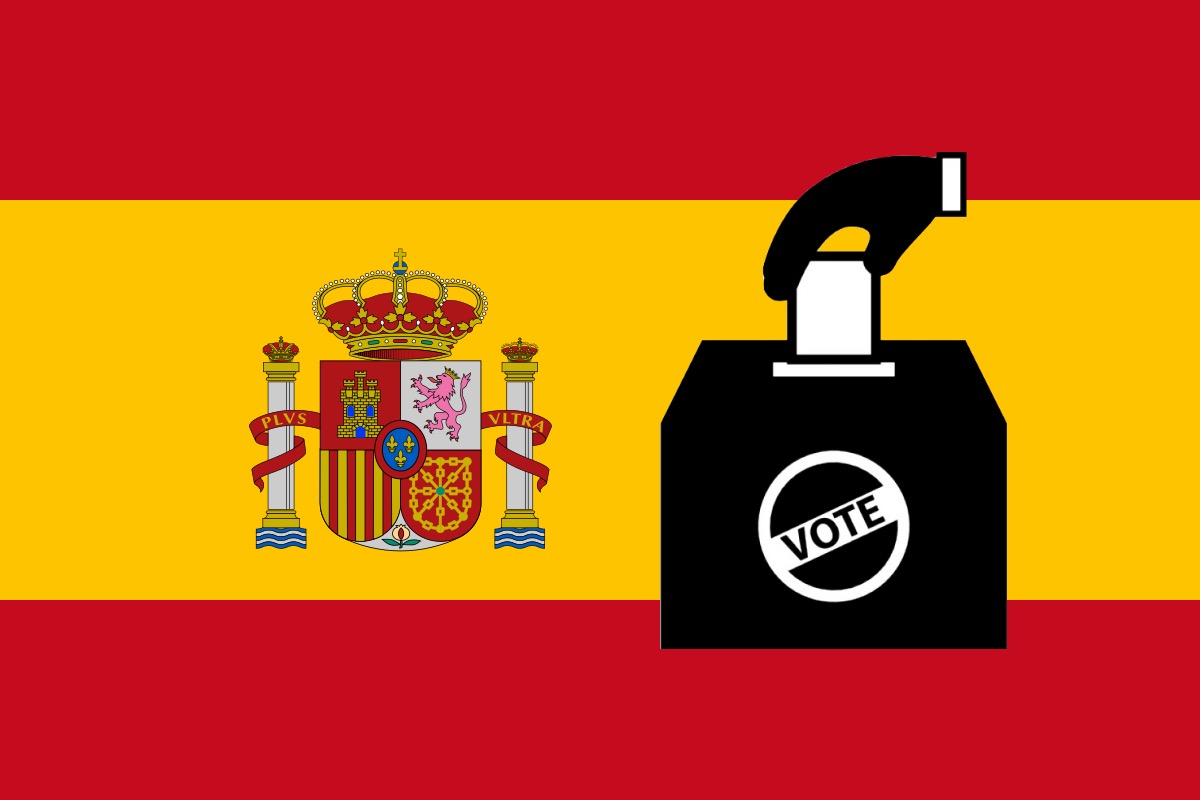 Spain General Elections: Between the Catalan Crisis and the Rise of Vox

The political dynamics generated by the arm wrestling between the Generalitat of this autonomous community and the Spanish institutions started in October 2017. The referendum, held in October 2017, followed by the unilateral statement of independence enacted by the Catalan parliament became the loupe that now allows us to read, understand and analyse the situation of a country that will go to the polls to renew its parliament on April 28. These will be the first national elections right after the Catalan events. Regardless of their outcomes, these elections will mark a turning point in the Spanish post-Franco political scenario, as the result of the entrance of a right-wing populist and Falangist party: Vox is both the son of the crisis of the left-wing parties and the push for the Catalan independence. It is important to highlight how this party has taken advantage of the Catalan crisis in order to bring back issues of security and national unity[2].

Once Mariano Rajoy’s conservative leadership was discredited in June 2018, the Catalan independents decided to endorse the neo-socialist Pedro Sanchez’s government (Spanish socialist workers’ party); a government that was born structurally weak due to Sanchez’s impossibility to achieve alone an overall majority. The justification of such endorsement must be traced back to Sanchez’s policies of openness towards Catalan independence. Furthermore, it should be stressed how the PSOE shows to be a party constructed around two souls: on one side, a so-called Sanchez wing that moves towards greater openness towards independentists’ issues, and on the other, party members that oppose all form of dialogue or agreements with secessionists. Sanchez is aware of their strategic importance to maintain the government stability and in December 2018, he drew up a document: ” La Declaración de Pedralbes”[3]. Here he acknowledged the existence of Catalonia’s conflict and the need to foster a constant dialogue between the Catalan and Spanish governments. In February 2019, we note a change of course: the prime minister denies the request to have a referendum on self-determination; the independents feel betrayed and, in agreement with the opposition parties PP (Peoples’ s Party) and Ciudadanos (citizens-party of the citizenry), vote against the budget law. The clash between secessionists and PSOE MEP’s opens a deep crisis inside the government’s coalition and the upcoming elections of 28 April represent a direct result of this. Moreover, as Roberto Toniatti (professor of Comparative Public Law at the University of Trento) has remarked: “Sanchez’s great strategic and political mistake has been to advertise a dialogue with the independents without having the chance of a shared solution”[4]. Indeed, the absence of a common ground of purpose or, better put, the inability of PSOE MEP’s to give in to their demands has prevented left-wing parties from creating a united front against the ascendance of the right across the country. The recent Andalusian elections (December 2018) constitute the most significant case.

It is a shared view to consider the elections in this autonomous community a sequence of “first times”, played out on national level: the first occasion in which Spanish citizens have been called to the polls; the first time after the end of Franco’s dictatorship that an extreme right-wing party enters the regional institutions[5]; the first time, after 36 years of “socialist domination”, that a right-wing coalition wins. The contribution of Vox for obtaining 12 seats (approximately 11% of votes) has been essential for winning[6]. This victory is also linked to the socialist electorate’s considerable abstention, due both to its disillusion, and to the charges of corruption against two ex-presidents of Andalusian government and members of PSOE[7]. The three-way right-wing’s alliance in the Andalusian context announces another one, this time at national level[8], as a photo immortalizing Santiago Abascal (Vox’s leader) beside Pablo Casado (PP’s leader) and Albert Rivera (Ciudadanos leader), during an anti-government demonstration on 17 February, would prove.

Moreover, another aspect that needs to be highlighted with regard to Vox’s rise, concerns the transformation of the national political equilibrium: Spain is unavoidably led by a penta-party system and according to elections outcomes, we can predict three scenarios[9]:

(1) A right-wing coalition: Ciudadanos, Vox and PP will be able to win an overall majority. The same dynamics that characterised the Andalusian outcomes are here re-tabled at national level. The danger is, obviously, an authoritarian drift.

(2) PSOE results to be the party with the first largest vote: because of a proportional system and in order to establish a stable government, it will necessarily need Podemos, Basque and Catalan nationalists to endorse. The question is this: will the Catalans continue to push hard for a referendum in a political environment of right-wing rise which threatens to suspend their autonomy’s dream, or will they tone down their demands?

(3) This scenario is considered the most real by the opinion-makers: a weak and politically instable parliament post-28 April due to a highly-polarized political arena. No group will be able to achieve the overall majority and strong alliances will be unlikely.

Likewise, Eldiario confirms the same trend on the same day: according to the Centre of sociological investigation (CIS), it shows the “electoral barometer” through a comparison with the outcomes of 2016 elections. PSOE should win by 30,2%, gaining between 123 and 138 seats (the overall majority is achieved with 176 seats). The second-placed party should be PP with 17,2% of votes, followed by Ciudadanos (13,6%), Podemos and lastly Vox, with 12,9% and 11,9% respectively. Making a brief comparison with 2016 outcomes, we can notice that PSOE and Vox could be considered the real winners of these elections: in the case of the socialist party, this would be a gain of approximately 7-point percent; in the case of Vox, we can clearly talk about a political and institutional baptism. For the first time since its foundation in 2013, Vox would enter the Spanish parliament gaining from a minimum of 29 seats up to a maximum of 37:

Regardless of the outcomes, the ascension of Vox has clearly represented an exception in the Spanish political scenario. Indeed, until now the only populist force known is sustained by a left-wing ideology: Podemos was and still is (?) the desire of social change, the fight against social inequalities and systemic corruption; Vox is the voice of intolerance, which becomes hate against those who are supposedly harming the national integrity of Spain and its cultural identity.

In a recent research[10], El País highlights a closed correlation between the migrants’ presence on country’s soil and the percentage of people, mostly citizens who live along the coast, who are ready to support an extreme right-wing party like Vox. The narrative of invasion and threat has played a key role during the Andalusian campaign. The foreign-enemy rhetoric brings Vox closer to other European populist and xenophobic parties such as Matteo Salvini’s Lega, German’s AfD and Marine le Pen’s Rassemblement national. Today Spain is a land of heavy migration flows by sea (Andalusia is considered the Mediterranean west route). According to the latest UNHCR statistics, in 2018 nearly 58.569 migrants[11]arrived by sea; a high number when compared to the landings in Greece (approximately 32.497) and in Italy (around 23.370).

Reading carefully the programmatic manifest of this party[12], we can note how much space has been given to migration issues: like Matteo Salvini, for example, Vox members are pursuing a narrative of NGOs criminalization, insofar they are considered social actors capable of destroying the “territorial unit of the Nation and its sovereignty”. In addition, they suggest the so-called “déportation” of irregular migrants to their countries of origin; the introduction of quotas of entrance of migrants and some politicians that want privilege only those who come from a country with a linguistic and cultural background considered “friendly” to Spanish values; the commitment to protecting national symbols.

A sexist orientation and the construction of a campaign against women’s emancipation would deserve a special section but, in short, the proposals are the following: the closure of radical women organisations, the abrogation of laws against the gender violence, the unlawfulness of abortion.

With regard to its European ideological positions, Vox shows a clear anti-European view in the same way of Visegrad group. A rhetoric on national security taps into images and languages embedded in the national and European-international public debate: borders, sovereignty, nationalism (we can remember that Vox is also a product of Catalan independence request), defence of its own and European cultural heritage against the migrant invasion.

The elections of 28 April represent therefore a double challenge. On the one hand, we have the PSOE’s (and in a broader sense the left-wing coalition) challenge to not leave the country in the hands of a right-wing government, and, on the other, Brussels’ need to exercise a role of soft power in order to narrow the right-wing political trends in the Spanish country, which are proving to be more and more authoritarian. Will the EU be able to exercise this role? Everything will depend on the European elections too: the more the European parliament in its historic alliance between PPE (European People’s Party) and S&D (Socialists and Democrats) is weakened by these elections, the more the assurance of political stability of this country could be challenging[13].