Giacomo Maria Arrigo is Managing Director & Co-Founder of theSquare. He has a Ph.D. in Political Philosophy (joint doctoral programme at KU Leuven University, Belgium, and the University of Calabria, Italy) with a dissertation on the gnostic soul of Salafi-Jihadism. Currently, he is postdoctoral researcher at Fondazione Filippo Burzio, Turin (Italy). Moreover, he is Teaching Assistant for the courses “History of Moral Doctrines” and “Philosophy of History” at the Catholic University of the Sacred Heart, in Milan, and Editorial Board Member and Assistant Editor of the scientific journal “Occhialì – Rivista sul Mediterraneo islamico”. He also writes for the online newspaper Tempostretto.it. Giacomo Maria holds a Bachelor and a Master Degree in Philosophy from the Catholic University of Milan, and a Specializing Master in Middle Eastern Studies from ASERI (Graduate School of Economics and International Relations), in Milan. His research interests are focused on moral and political philosophy, radical politics, revolutionary ideologies and counter-revolutionary thoughts. (giacomomaria.arrigo@thesquarecentre.org) 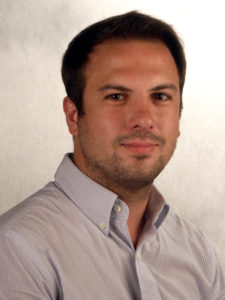 Jacopo Franceschini is Research Coordinator & Co-Founder of theSquare. He is PhD Candidate at the International Relations Department of Kadir Has University (Istanbul), focusing on cybersecurity and cyber threats in Turkey and in the Mediterranean region. Prior to founding theSquare, Jacopo has worked in several think tanks between Belgium and Turkey such as European Neughbourhood Council (Brussels), Friedrich Naumann Foundation, and Istanbul Policy Center/Sabancı University (Istanbul). He holds a Master Degree in Law from the Catholic University of the Sacred Heart (Milan), with a final dissertation on political and institutional relations between the EU and Turkey. Moreover, he obtained a Specializing Master in Middle Eastern Studies at ASERI (Graduate School of Economics and International Relations of Milan). Beyond cybersecurity, security studies and geopolitics of the Mediterranean are his main areas of expertise. (jacopo.franceschini@thesquarecentre.org)

Manuel D’Elia is Research Fellow. He is currently a PhD student in International law at the University of Padua. After awarding a Law Degree from Roma Tre University with final dissertation on the principle of self-determination of peoples, he earned a Master in Diplomatic Studies at SIOI in Rome and attended the School of Advanced Studies in Politics of the Magna Carta Foundation. His main areas of interest are the Middle East and East Asia. 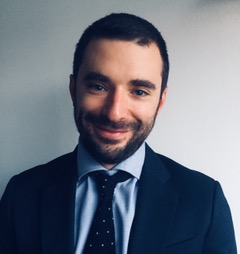 Mattia Falduti is Research Fellow. He is lawyer with Master’s Degree in Legal Professions and Graduated in Law. Mattia is a Ph.D. student at the Computer Science Department of the University of Milan (UNIMI). His main research interests are information retrieval, data mining, and related applications to Legal Tech. He joined the UNIMI group within the “JusTech” research project in the framework of the Italian Ministry of Justice in cooperation with University of Pavia, Politecnico di Milano, and Court of Milan. Moreover, he worked as a Data Protection consultant and as a trainee for the Public Prosecutor Office of Milan at the Cyber Crime Department.

Marie Figoureux is Contributor. She is currently a PhD candidate at the Institute for Media Studies at KU Leuven, Belgium. Her project focuses on the framing of radicalization, migration and multicultural society in the Low Countries. Previously, she obtained a Master of Science in International Relations at Ghent University (Belgium) and a Specializing Master in Middle Eastern Studies at ASERI (Graduate School of Economics and International Relations), Milan (Italy). Her main areas of interest are Israel and Palestine, multiculturalism in the Middle East and Western Europe and the history of the Islamic World.

Filippo Donvito is Contributor. He is lawyer in Milan with a Master’s Degree in Roman Law and holds a Specializing Master in Shari’a Law with Altalex. His main working fields are Banking Law and International Commercial Law. For many years Filippo has been a regular contributor of the Dutch specialized magazines “Ancient Warfare” and “Medieval Warfare”. More recently, he has contributed to the Italian historical magazine “Archeo” with a special number on the historical Silk Road and is currently writing a book on the Kushan Empire. His main interests are the history of Iran and Central Asia and the Islamic Messianic figure of the Mahdi.

Lorena Stella Martini is Contributor. She is currently pursuing a double Master’s degree in Analyse Comparée des Sociétés Méditerranéennes from the Ecole de Gouvernance et d’Economie (EGE) of Rabat and the University of Turin. Prior to this, she earned a BA in Foreign Languages applied to International Relations from the Catholic University of Milan, majoring in Arabic, English and Geopolitics, and a Specializing Master in Middle Eastern Studies from ASERI (Graduate School of Economics and International Relations of Milan). Lorena has worked for two NGOs and for a Tunisian governmental organization, and she has collaborated with the MENA Centre of ISPI (Italian Institute for International Political Studies). Moreover, she is a contributor for the Middle East Desk of an online magazine. Lorena is deeply interested in Middle Eastern geopolitics and sociopolitical dynamics, with a main focus on women’s rights and gender issues and the Iraqi scenario.

Tobias Herlbauer is Contributor. He was born in Austria 1990. In 2016 he graduated with a B.Sc. in Business and Economics from Johannes Kepler University Linz (Austria), Erasmus at Marmara University, bachelor thesis on Public and Non-Profit Management: “Impacts of Performance Measurement Systems on social NPOs”. In 2018 he graduated with a M.A. in International Relations: Turkey, Europe and the Middle East (Bogazici University) with a thesis titled: “Eurasianism in Contemporary Turkish Foreign Policy“. He started a Doctorate in Political Science in February 2019 at Vienna University, with a dissertation entitled: “Turkey and the Eastern Mediterranean – natural gas as a driver for conflict or peace“. He had professional experiences at the Trade office of the Austrian Consulate General in Istanbul, as junior Researcher at Istanbul Policy Center, and as Country Office Support Intern at UNDP Regional Bureau for Europe and the Commonwealth of Independent States. His research interests are focusing on geopolitics of Eurasia and Middle East & security studies.

Emily Tasinato is Contributor. She graduated in International studiesat the University of Trento, with a study programme based on political and international organizations. She focused especially on the case study of the European Union, its process of integration and its political and sociological challenges in the future. Concurrently, she started getting very interested in Middle East and North Africa area with a focus on the issue of identity and its politicization, especially in the Syrian and Lebanese contexts. The deep interest she has on the social and political situation of these areas led her to attend a double degree Master program between the University of Turin (major: International relations – Mena politics) and the Ecole de gouvernance et d’économie in Rabat (major: Analyse comparée des sociétés méditerranéennes). At the University of Turin, she is also attending an academic minor in Migration Studies, in order to enforce her knowledge about migratory phenomena. She has made a voluntary activity in Rio de Janeiro.