Geophilosophy of the Mediterranean Sea: An Introduction to theSquare 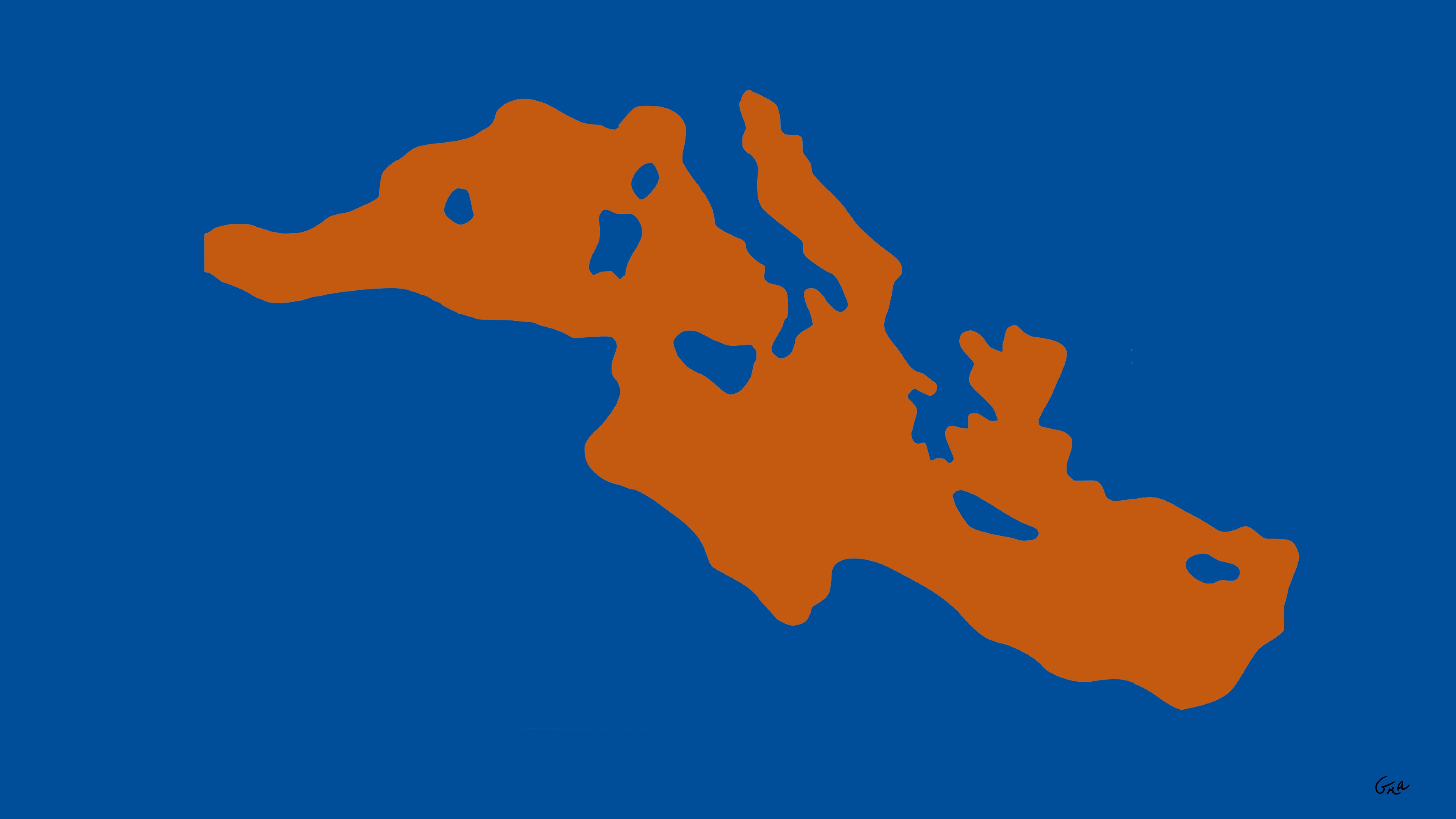 Geophilosophy of the Mediterranean Sea: An Introduction to theSquare

It’s impossible to ignore the Mediterranean Sea. Mare Nostrum is still today the fulcrum of relevant geopolitical movements: refugee flows, Arab uprisings, Israeli-Palestinian war, but also the European Union project and the ongoing populist success in the continent.  Day after day at the centre of international interest, the Mediterranean is the unescapable “square” where peoples from all over the world gather and meet: everyone has to deal with this little sea that resembles a lake — a small portion of submerged lands that has been more contended than actual emerged lands.

Still, never in history the Mediterranean was so much ignored as it is today: political and economic interests converge somewhere else, and the southern shores of Europe are the poorest ones; the constant refugee flow is a problem to which no one is finding, or doesn’t want to find, a solution; Libya is not a country anymore, and Syria is still looking for an actual pacification.

To focus on the “Mediterranean Affair” is to assume a quite uncomfortable position, for there is no an exclusive and clear definition of this sea and its peoples. A geophilosophical analysis of the Mediterranean implies an effort to decipher the inner soul of this portion of water.

The Mediterranean Sea is polychrome, polyphonic and polymorphic, eternally resistant to any reductio ad unum. The Mediterranean is a pluriversum (plural universe), it cannot be identified with a single culture only nor with a specific religion — Islam, thus, is completely entitled to be considered part of the Mediterranean family, all the more so today, when the cultural boundaries are blurred and the same cohabitation is no longer the exception. Rome, Jerusalem and Athens, but also Mecca then.

The philosopher Caterina Resta argues that «if fundamentalism is ultimately the rejection of the other’s otherness, the overbearing desire to impose the dominion of the One and the Same over the reality of the many and the different, then the Mediterranean is the geophilosophical place where this arrogance shows all its violent meaninglessness. Here the sea, the Unlimitedness, constantly bumps into the land that contains it and gives it measure, while the land cannot delude itself that it dictates its absolute law, its immobility, but must come to terms with the mobility of the sea, which along the coasts incessantly restless, undermines its stability, erodes and frays its profile and forces it to move and change»[1].

theSquare – Mediterranean Centre for Revolutionary Studies is devoted to the monitoring of the intersection area between the sea and the land, where the never-ending metamorphoses take place. Between pólemos and diálogos. At the frontier. Because a metamorphosis occurs only when earlier shapes have come to light before collapsing — and revolutions are properly new births, new creations prepared by the waves bumping into the shores.

The ocean is, on the contrary, the place of the pure Unlimitedness — is a non-place without boundaries and without borders. The fact that in recent history Europe has turned gaze towards the Atlantic Ocean is highly significant: the ocean is infinite, endless and dis-measured, whereas the sea is finite and measured. Sailing the ocean is a continuous excessing without reference points. Once the Europeans have overcome the Pillars of Hercules, then there was only «a trip without any objective — Jean Baudrillard states — and which is, as a result, endless. […] Only immorality of the space you have to travel through. […] It is this, together with the sheer distance, and the deliverance from the social, that count»[2].

The Mediterranean Sea is the opposite of such a oceanic grandeur. Going back to its shores, its moods and its stories is actually returning to the always challenged but nevertheless unavoidable measure. In this respect, revolutions represent this continuous dealing with the boundaries of the limit: in fact, revolutions are no free creations of forms and figures, but rather restrained and mediated fabrications of novelties from already established shapes and natures. Revolutions imply the mediation — on the contrary, immediacy is creatio ex nihilo, and therefore it doesn’t belong to human beings.

The Mediterranean Sea is geopolitically and geophilosophically relevant. And theSquare Centre intends to deal with its contradictions, overcoming the false claim that nowadays the Mediterranean Sea represents only and solely a series of unsolvable problems.