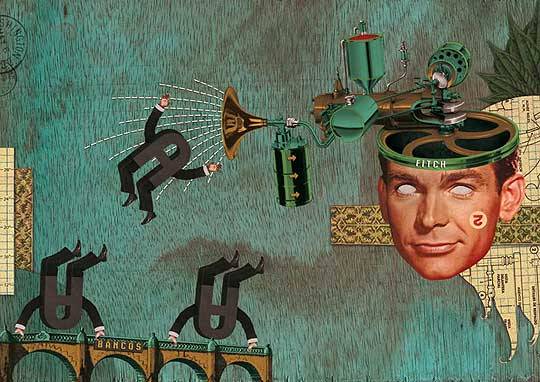 Published in 2004, the essay “Occidentalism. The West in the Eyes of its Enemies” explains the reasons for the hate for the West—that same hate that animates terrorist groups such as al-Qā‘ida and ISIS but also other ideological and political formations from all parts of the world, including non-violent intellectuals and respectable thinkers. The authors of the text, the philosopher Avishai Margalit and the journalist Ian Buruma, even coined a neologism—Occidentalism—to explain the distorted and reductive vision that his enemies have of the West: a society without soul, without roots, without identity and without faith, devoted only to trade and sensual pleasures.

“To call it either right- or left-wing would be misleading”, the authors explain referring to the Occidentalist vision. Margalit and Buruma’s analysis is lucid and clear. The authors surprisingly trace in Europe the origin of the aversion to the West, explaining that it was then exported to other parts of the world. Yet its history “does not have clearly defined geographical boundaries. Occidentalism can flourish anywhere”—hence its dangerousness.

There are three aspects of the West that are often attacked for their symbolic importance: the city, modern Babylon, an image of the “loss of rural idyll” and “tomb of local cultures rooted in blood and soil”; the market, which has now become an all-pervasive capitalist system and therefore a “conspiracy that aims to destroy all that is authentic and spiritual”; and the purely calculating mentality, dedicated to quantity and not quality, as the traditionalist thinker René Guénon would say. September 11 perfectly embodies this hatred: those towers, the authors write, are “symbols of U.S. power and wealth; symbols of imperial, global, capitalist dominance; symbols of NewYork City, our contemporary Babylon; symbols of everything American that people both hate and long for”.

What is contested by the Occidentalists is, in a single word, Komfortismus. This term was coined by the German writer Werner Sombart (1863-1941) to indicate material well-being and abundance. “It is the cowardly bourgeois habit of clinging to life, of not wishing to die for great ideals, of shying away from violent conflict and denying the tragic side of life, that seems most contemptible “, Buruma and Margalit explain with extreme clarity.

And they continue: during the Second World War, the Japanese “were not just fighting the Americans; they saw themselves as intellectual rebels against what they considered the Western corruption of Japan, the selfish greed of capitalism, the moral emptiness of liberalism, the shallowness of American culture”. The Japanese shared the same Occidentalist conception common to the Nazis and Fascists, radical Islamists and Hindu nationalists. This common thread that binds together geographically and temporally distant personalities and movements is surprising—and it also shows that the struggle against the Komfortismus is inherent to the Western culture itself.

The authors write unequivocally: “The Occident, as defined by its enemies, is seen as a threat not because it offers an alternative system of values, let alone a different route to Utopia. It is a threat because its promises of material comfort, individual freedom, and the dignity of unexceptional lives deflate all utopian pretensions”. And so Nazi Germany, with all its hatred for liberal democratic states and for “that rootless, cosmopolitan, superficial, trivial, materialistic, racially mixed, fashion-addicted civilization”, becomes an emblematic case of Occidentalism in the heart of the West itself.

The book Occidentalismportrays an interesting scenario—interesting because the roots of hatred for the West are found in the West itself, to the point that “no Occidentalist, even the most fervent holy warrior, can ever be entirely free of the Occident,” the authors confirm. The consequences of this statement are many, but one of them is the impossibility for the enemies of the West to call themselves “pure”. And it goes without saying that purity is precisely what the Occidentalist yearn for with all their might.

Despite what it’s constantly repeated today, there is no clash between the West and the “other”, that is, with the Islamist, the Korean, the Russian and the stranger in general. Rather, Buruma and Margalit conclude, “the story we have told in this book is not a Manichaeistic one of a civilization at war with another. On the contrary, it is a tale of cross-contamination, the spread of bad ideas”. It is from this awareness that we should take action, demystifying rigid dichotomies and dispelling fatal dualisms.